​​​​​​​Available now on Android and iOS, this update includes a Ubisoft Assassin’s Creed collaboration with cosmetic items, the opening of NEW STATE Labs and more 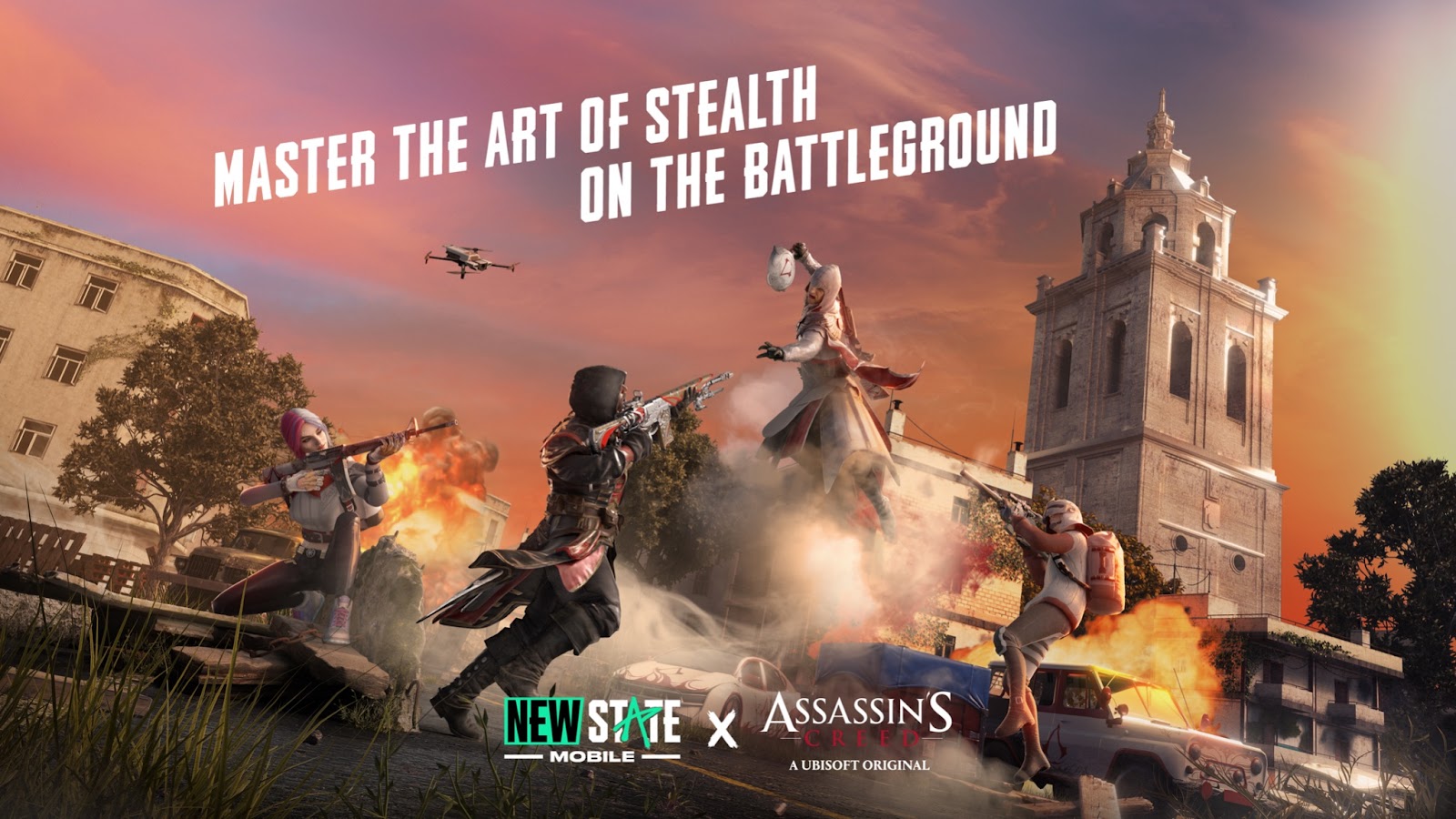 SANTA MONICA, CALIF. - Aug. 19, 2022 - KRAFTON, Inc. today announced that the August Update for NEW STATE MOBILE is live on Android and iOS. In partnership with Ubisoft’s Assassin’s Creed, players can drop into the battlegrounds in some of the series’ iconic outfits and obtain Assassin’s Creed-themed items and rewards during the collaboration period. Additionally, this month’s update includes the launch of NEW STATE Labs, a new sniper rifle and the start of Survivor Pass Vol. 10.

See below for a full rundown of the major features added to the game with the August Update. The full August Update patch notes are available HERE.

Since it first launched in 2007, the Assassin’s Creed series has sold more than 155 million games worldwide. The franchise is now established as one of the best-selling series in video game history. Recognized for having some of the richest, most engrossing storytelling in the industry, Assassin’s Creed transcends video games, branching out into numerous other entertainment media.

NEW STATE MOBILE
This is taking longer than usual to load.
Close