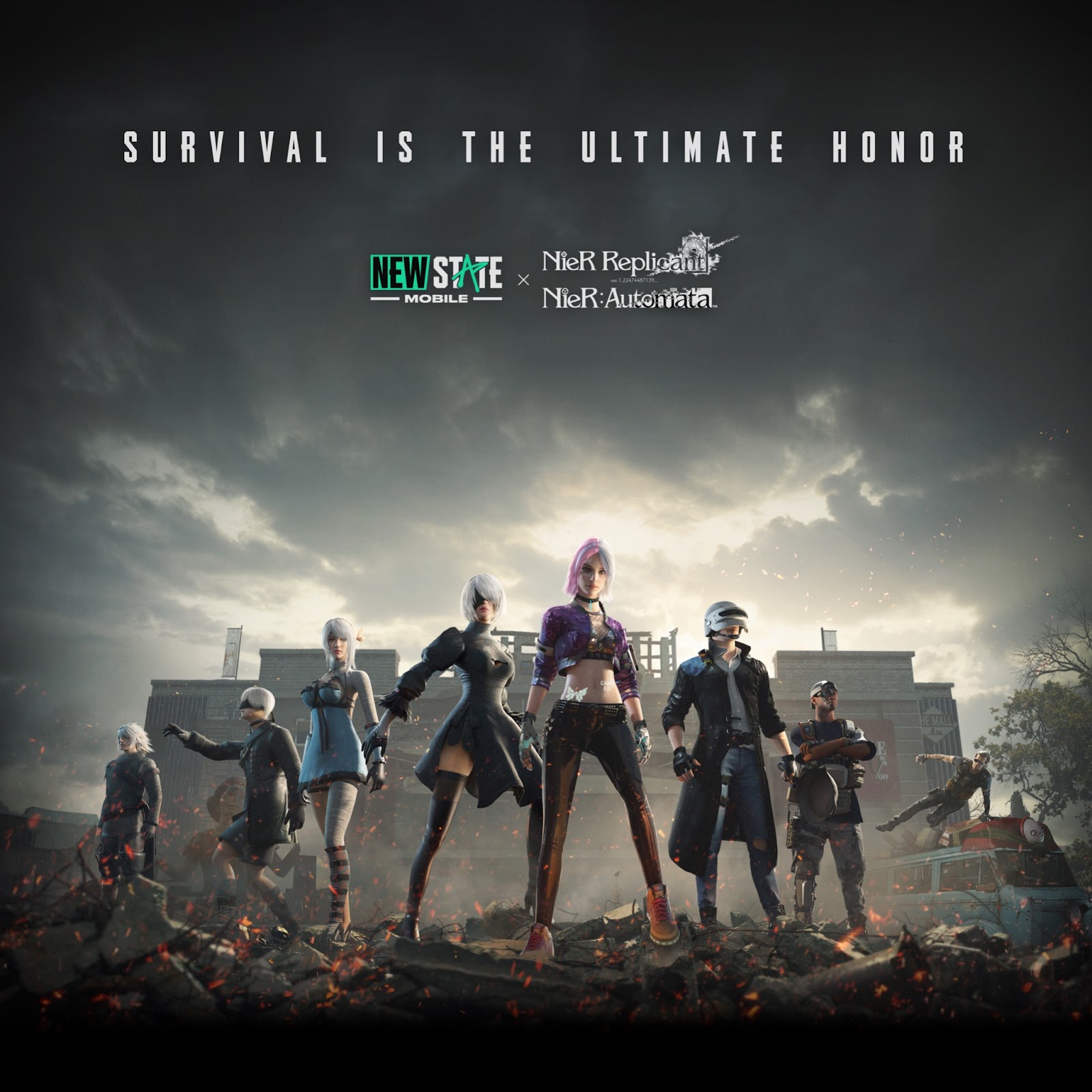 SANTA MONICA, CALIF. - April 26, 2022 - KRAFTON, Inc. and SQUARE ENIX® today announced that the beloved characters from the NieR Series are on their way to NEW STATE MOBILE as part of the popular mobile battle royale game’s latest update. From April 29 through May 19, players can now feel the essence of NieR Series in NEW STATE MOBILE, with a themed reward event and collection of new in-game items.

See below for a rundown of the themed content from NEW STATE MOBILE’s collaboration with NieR Series that players can expect to experience:

“Merging the well-realized and engaging post-apocalyptic worlds of the NieR Series into NEW STATE MOBILE immediately felt like an organic way to engage fans of all games,” said Executive Producer of NEW STATE MOBILE, Minkyu Park. “Many of us here at KRAFTON and PUBG Studios are huge fans of the NieR Series, so when presented with the opportunity to collaborate we were immediately excited. We hope fans of both series enjoy the unique experiences offered through this partnership!”

NieR:Automata tells the story of androids 2B, 9S and A2 and their battle to reclaim a machine-driven dystopia overrun by powerful weapons known as machine lifeforms. Following the game’s initial release in 2017, NieR:Automata has had more than 6 million copies shipped or downloaded worldwide and has received critical acclaim across the globe for its deep, captivating storyline and fantastic blend of action-packed and high-speed battles.

NieR Replicant ver.1.22474487139… is a modern re-telling of NieR Replicant, a third-person action-RPG which originally released in Japan in 2010, and is the highly anticipated prequel to NieR:Automata™, the post-apocalyptic action-RPG that has shipped/downloaded over 6 million copies worldwide. Players are invited to experience a dark, apocalyptic world as they join a brother’s captivating quest to cure his sister of a deadly disease - a quest which will in turn make them question everything. Developed in collaboration with Toylogic, NieR Replicant ver.1.22474487139… brings together an all-star team including acclaimed director YOKO TARO (Drakengard® / NieR:Automata), composer Keiichi Okabe (TEKKEN / Drakengard / NieR:Automata), and producer Yosuke Saito (DRAGON QUEST® X / NieR:Automata). NieR Replicant ver.1.22474487139... was released for the PlayStation®4 computer entertainment system, Xbox One family of devices including Xbox One X, and PC (Steam®) on April 23, 2021.

NEW STATE MOBILE
This is taking longer than usual to load.
Close