SANTA MONICA, CALIF. - July 13, 2022 - KRAFTON, Inc. today announced it has officially partnered with Neymar Jr., the global superstar soccer player, to be its newest official ambassador for PUBG: BATTLEGROUNDS, the popular battle royale video game that has sold more than 75 million copies since its release in 2017. 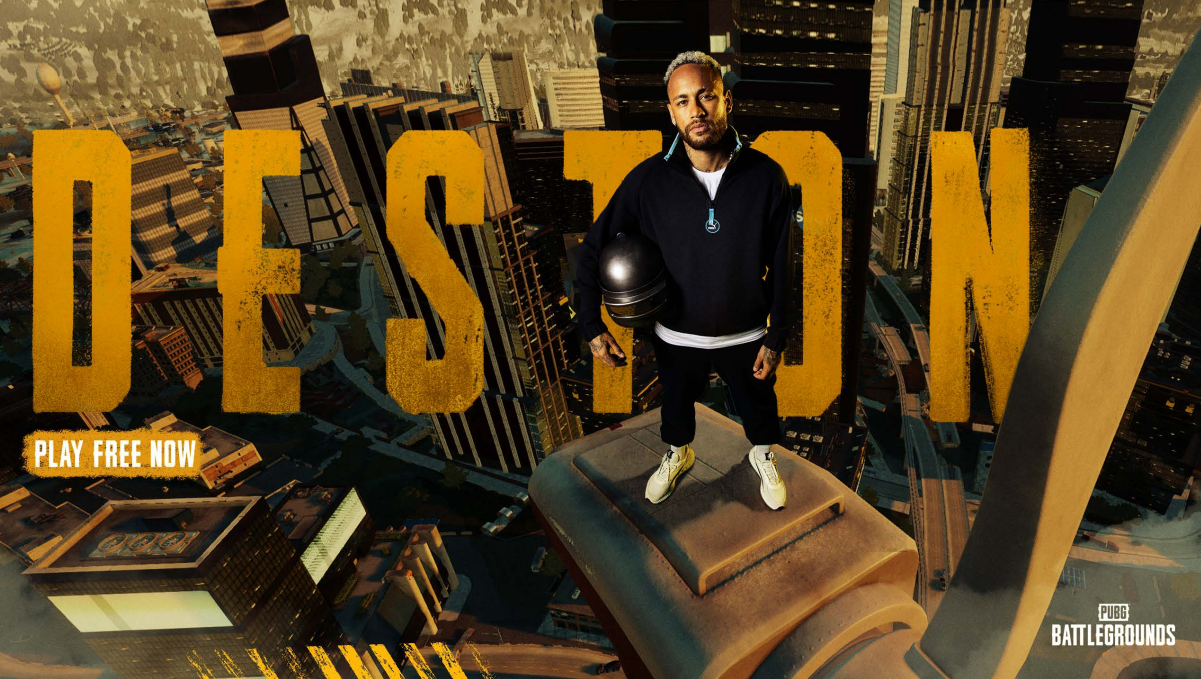 As part of this partnership, Neymar Jr. will host a series of in-game and out-of-game activities throughout the year to formally celebrate his passion for PUBG: BATTLEGROUNDS, which he has been playing consistently since the game’s release five years ago. While specific details about these activities will be announced at a later date, Neymar Jr. will kick off this partnership by hosting a special live stream on July 14. Squads from around the world will compete against Neymar Jr. and his squad - which will include popular South American content creators Gaulês, Netenho, Sparkingg - for the chance to win thousands of G-Coin. Starting 9:00 a.m. PT on Neymar Jr.’s official Facebook channel, Neymar Jr. and his friends will explore PUBG: BATTLEGROUNDS’ newly-released Deston map as they attempt to secure a Chicken Dinner.

“Participating in PUBG is amazing,” said Neymar Jr. “I'm very proud to be a part of this new project and I can't wait to play on the new map.”