​​​​​​​Players who sign-up to participate will be able to experience the full game ahead of its Steam Early Access launch on Sept. 29 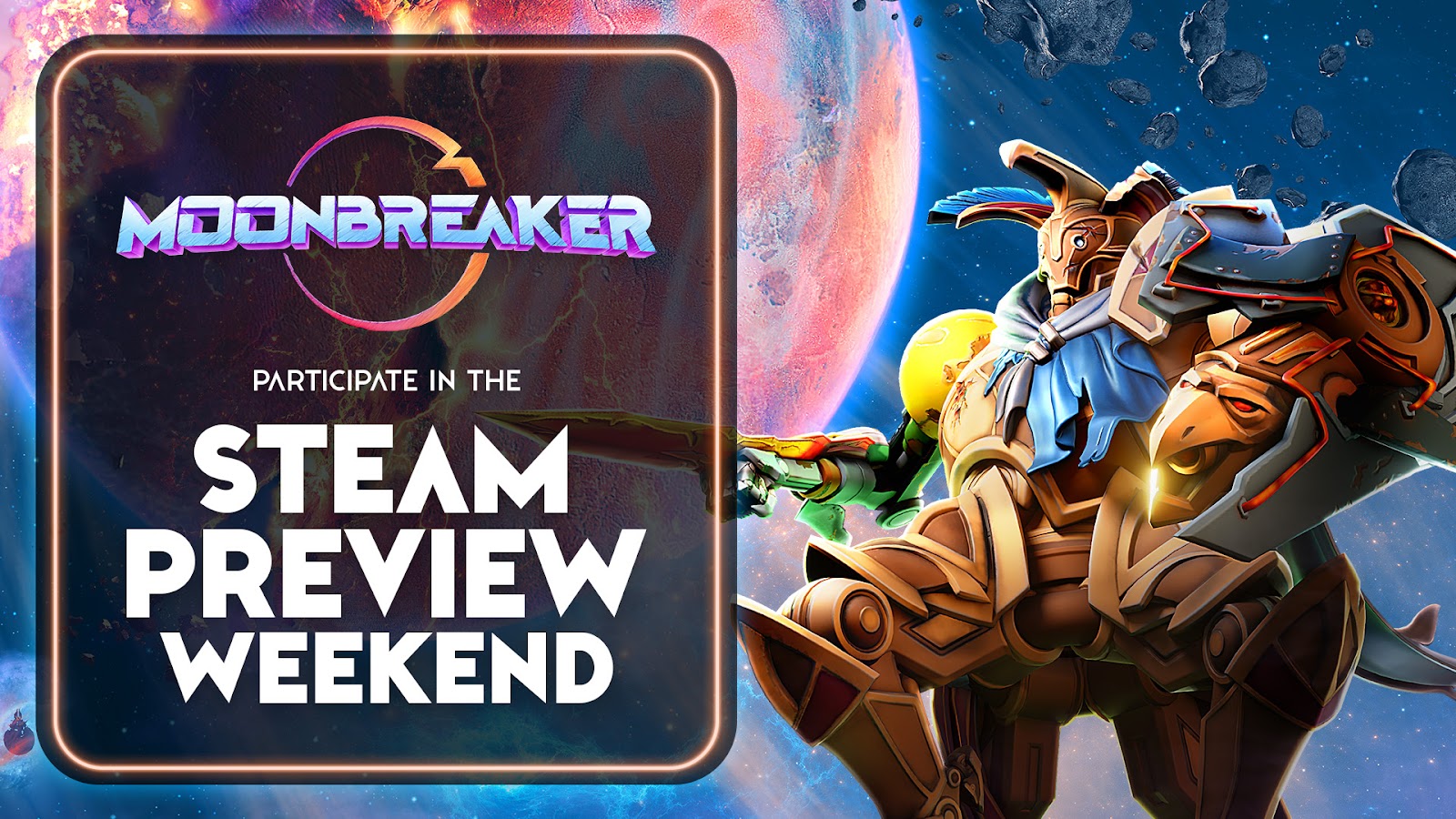 SANTA MONICA, CALIF. - Sept. 6, 2022 - Following Moonbreaker’s reveal at gamescom Opening Night Live last month, Unknown Worlds (Subnautica series) and KRAFTON will host two separate Steam Preview Weekend playtests on Sept. 9-11 and Sept. 16-18. All players who sign up for the playtests will be able to experience the game for free ahead of its Steam Early Access launch on Sept. 29. For anyone who did not demo the game on-site at gamescom, these Steam Preview Weekend playtests will be the first time they can play Moonbreaker, try out Captains, build custom Rosters, paint their Units, and much more.

While the primary goal of these playtests is to stress test the servers, all participants are encouraged to stream their gameplay, upload their clips, and share their paint jobs with the world. All custom paint jobs created during the Steam Preview Weekend playtests will be saved so players have access to them if they purchase Moonbreaker when it launches into Early Access later this month.

It’s simple to participate - all players must do is the following:

For the latest information around Moonbreaker and the upcoming Steam Preview Weekend playtests, please visit https://www.moonbreaker.com and join the community conversation on the following channels:

*Legal disclaimer related to Moonbreaker: As the game is in Early Access, KRAFTON reserves the right to change the development of the game, including key features and pricing plans, at any time.

MOONBREAKER
This is taking longer than usual to load.
Close